“Never judge someone by the opinion of others.”

“You can’t judge a book by its cover.”

These quotes I have for today are a little bit the same and I wanted to use the both of them. I’ve had a busy weekend but also an innovating weekend. A weekend with unexpected happiness and good times. A weekend also unexpected with if you could change it, I would do it definitely. But you can’t because you’re blocked. I think it’s true that you never must judge a person with the opinions of other people and judge the person only from the outside. That happens every day to people but really every day. In these days I think people are more insecure about themselves about receiving criticism. And that fear I think it’s absolutely right to have. This weekend my husband and I, and my kids of course have been surrounded by two kinds of different people. Does it has to do with education? What were the difference of those people? Why did you feel more accepted in one group then another? Because people don’t look further then only it’s cover. Unexpected we were invited Saturday evening to have dinner with our neighbours. We felt a little bit trapped because we wanted to have a pleasant night at home and with this virus Covid we don’t feel safe enough. But we took the invitation because we were thinking that we are the only one so it wouldn’t be that bad. When we arrived at their door we heard many voices. They said:”Yes we have invited more people because we are celebrating her birthday”. When they invited us in the morning they never told us about the birthday. I felt bad about it the whole evening. And I thought what the hell am I doing here! We had some laughs that evening and there was someone very kind to. He was talking to my husband and that saved a little bit our evening. When I got home it felt so wrong. To relax a bit I put the kids in bed and I looked this series on television Vikings. Normally I feel really relaxed when I’m looking that Series but Saturday night I could watch it the whole night. That evening I felt so trapped. And you look at people and you already made up your mind about the people only by looking to its cover.

So Sunday morning I was really out of mood and thought why do we have to go and I want to stay home but I knew that my kids were so happy to go to the mountains with the snow. let’s make something off today. The morning was a little bit hectic but eventually if you are sitting in the car and follow four other cars to go up to the mountains and you know that there are families with kids in there who are so happy to do this trip in the morning then you will change your mind immediately. What a great morning and afternoon it was yesterday. These families bring the kids to the same school of my son because they are in the same class. You see them every day and because of the cover and opinion of other people you already made up your opinion of them. But I had read a positive cover already from those people. And thought they were nice families and you could see that everybody was happy and enjoying the morning and the afternoon.when you see those kids enjoying playing in the snow then you can ask yourself:” what do you want more?” So I think sometimes you may judge a person only by seeing its cover because I think a person has a kind of instinct that you feel that you feel okay to be around this person.I think that to judge a person because you only hurt the opinion of other people that’s wrong. For example I am a very shy person and it’s difficult for me to open myself immediately when I’m in a group. First I need to look a little bit around and I need to feel safe to be myself. And I think that there are more people who are maybe shy and wait a little bit before you can see the real person. You need to give the person a little bit time to show themselves to you. But there are other people who are so open and feel so easy to talk to people that they block people who are really shy. Then it happens that shy people will not open their mouth anymore. That happy person doesn’t even realise it, and sometimes they do. But they don’t care because they want to have all the attention. They have already an opinion of that shy person but only by the cover of its book!

So give people a chance to open themselves when they feel safe. It’s nice when you have a character so open that you easily can talk to other persons. But sometimes the quite persons have so much more to tell.

Anyway it was a strange but Interesting innovating and unexpected weekend.I am still thinking about Saturday night and I’m still thinking about the lovely Sunday. And these To kind of situations will return. That makes life interesting. You can suffer from it but you can also learn from it. Because the neighbours already invited us for another birthday! And I know for sure that we are not going because we care about the situation of Covid. And I am not going to put my family at risk by going to a birthday party when you can celebrate also the birthday party when there is an end to the Covid situation. My sons were having their birthday in December and one in January. Did we give a birthday party? Of course not because there are rules to follow! We’re my kids happy? Absolutely because spending time together as a family has so much more to give then a stupid party! So if I may this time I judge a little bit more but not only by its cover!

Just think about it and write to you soon! 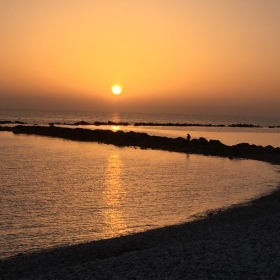